Last year, I found myself standing in line to see a legend. The legend. Alice Cooper.

Alice Cooper is a legend for a lot more than rock n’ roll. He’s a legend because he redefined a space within a genre and decided to make it his own little horror show. It seems like no matter where he turned, he was met with controversy; nothing more controversial and shocking as the fact that behind the mascara is a man who plays golf and teaches Sunday school on Sundays.

Alice taught me a really important lesson in one of his interviews. He said that he allows himself to be whoever “Alice Cooper” is, onstage and onstage only. There on stage, he’s allowed to be whatever maniac he wants – a creature of the night who dances between monsters before meetings his death in a guillotine…it’s a spectacle. Offstage, he returns to who he is as a human being.

Separating the man from the monster is what has kept him alive, healthy – and married to his faithful wife, Cheryl, who also kept alive – and healthy – the man and the monster.

Following that show, I decided it was time to try my hand at playing the electric guitar. So, I bought one and started to tinker around.

I remember my first impression was that it seemed impossible. I felt like I was learning a new language and I didn’t know whether to quit or to dig my callouses in for more punishment. Usually, I did both…

There’s something about the electric guitar that reminds me of the way I felt when I rode my motorcycle. When you pull back the throttle and let the engine roar, you feel a rush of energy inside of you that feels larger than life.

It feels like you’re coming alive – yet never closer to your death. Everything stops.

I feel similar notes when I play the electric guitar. There’s something powerful about the feeling of plucking a cord and hearing the amp roar to life. It’s a lot safer than a motorcycle but admittedly not the same thrill…

Over the last few months, I’ve been consistent with my practicing, noticing small improvements every single time I sit down to play. It’s been a slow and steady journey. However, there’s a part of me that has wanted to get lost in a guitar ever since I first saw one.

Today, I discovered that moment and was fortunate enough to capture it on camera.

When I first started painting, a friend of mine commented that she noticed my paintings came to life when I let go and let loose on the canvas. In most of my pieces now, I can usually tell the turning point of a piece when I reach that point of surrender – it’s when the piece transforms into the [never] finished piece.

During my afternoon practice session, I worked on the introduction to Welcome to the Jungle by Guns N’ Roses. It’s a really short riff that has a ridiculous amount of complexity between the notes to create its iconic sound. As a result, I found myself playing the same riff over and over again…

I decided to pause and start my camera to record my progress. As I started to play, I realized I had been playing the notes (barely) but not the music, and I wanted to see what it felt like to cut loose and…play.

I stopped to reposition the guitar pick; opting for a rougher/thicker/sharper point. I like the way the tension grabs the strings and gives that extra ‘crunch’ to the notes…

Something happened that I wasn’t expecting…I made one ‘mistake’ on the guitar and it made a sound I really liked. So, I decided to ‘let go’ and see what else the guitar could do. I stopped aiming for the correct notes and instead started to play out of expression.

For a few moments, I forgot that I didn’t know how to play a guitar and actually played one the way I dreamed of playing. It was like falling in love when I felt like I was lost – and found. 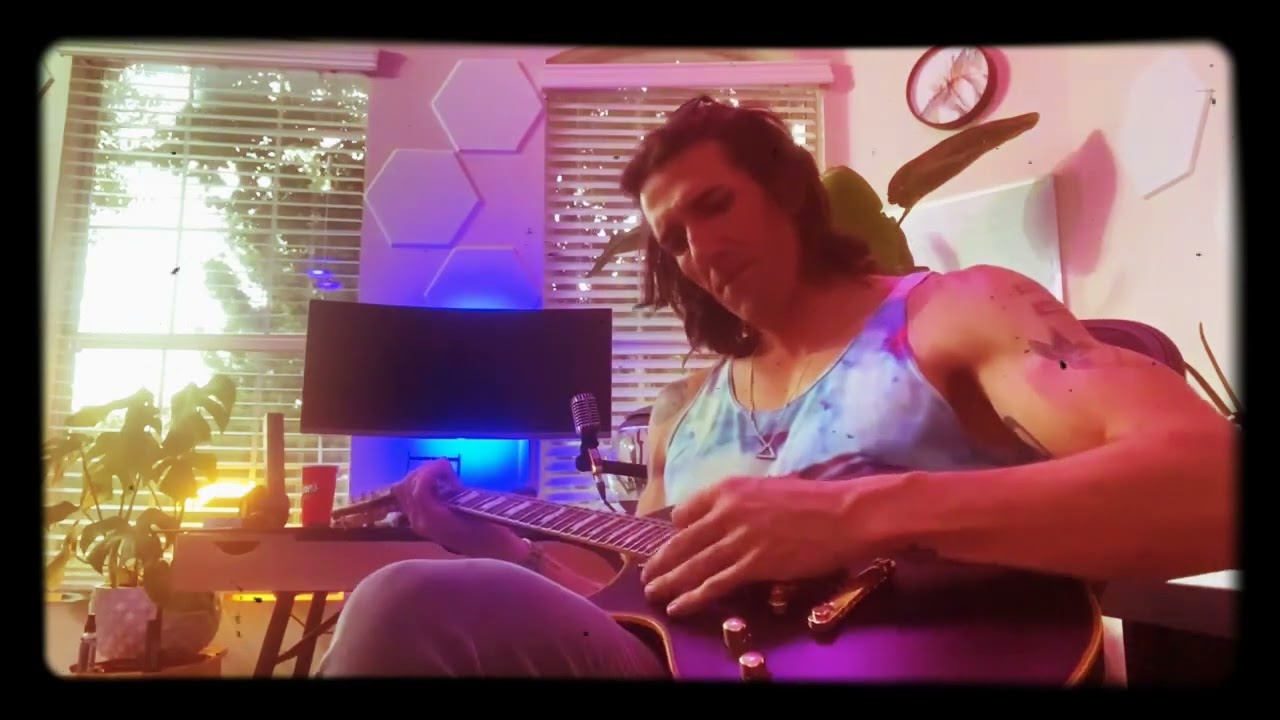